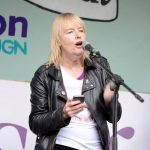 Goretti Horgan, a socialist and long-time campaigner for abortion rights, examines the hypocrisy behind the anti-choice brigade in the run up to the Repeal referendum.

If you want to know what drives many anti-abortion activists, just take a look at the Iona Institute and what it is that concerns it most. Since it was set up in 2007, opposition to abortion rights and to LGBTQ rights, particularly to equal marriage, has been its principle raison d’etre.

So why is the Iona Institute, like the Evangelical Alliance in the North, so obsessed with other people’s sex lives? What have they got against people having sex for fun instead of for making babies?

Much of what the Iona Institute advocates is very similar to what the Evangelical Alliance and the DUP linked Caleb Foundation advocate in the North. In short, these groupings are against abortion mainly because they believe it undermines the family and goes against “God’s law”. While you and I might say that the best way to support a family is to give them a decent house to live in and a job that brings in a living wage, this is not the priority for these anti-abortion groups.

The Iona Institute is the “respectable” face of the anti-abortion movement. Youth Defence, the Life Institute, Love Both, the Save the Eighth campaign, like Iona, are not simply a group of ordinary citizens concerned with “protecting the life of the unborn”. Get talking to them and you quickly realise that many in these groups believe moves to liberalise sexuality are part of an international conspiracy to subvert the Church, the family or private property.

In 2009, Iona published a response to the 2005 report of the state-appointed Commission on Assisted Human Reproduction (CAHR). Within the response it lists “Key Principles to Guide Legislation” which include that “AHR should be confined to stable, heterosexual married couples”. There is much talk from Iona about children’s rights in relation to AHR, divorce or same-sex marriage. They claim, for example, that “research shows that children are least likely to be abused (by far) when raised by their two married biological parents”, a claim which landed the DUP’s Jim Wells in hot water for regurgitating.

In the South, some of these anti-choicers led campaigns against the Stay Safe programme in schools, a programme that aims to help children protect themselves from abuse. Parents Against Stay Safe (PASS) saw the programme as undermining the family and wanted to ban it from schools. As a result, a full 15 years after its introduction, about 150 Catholic primary schools were still not teaching it in 2009 and it was 2011 before the Minister for Education obliged all schools to teach it.

For all their talk of rights for ‘unborn children’, anti-abortion activists are generally opposed to the promotion of rights for children who are born. Instead, many are open about wanting a return to the traditional family where children are seen and not heard and where the parents can do what they want. Several anti-abortion leaders, including the McQuaid family which helped to establish SPUC in the North write regularly to the press complaining about those who ‘interfere in family life’ by trying to outlaw the physical disciplining of children. The Irish Catholic carried a full page article warning that ‘the children’s rights movement threatens to undermine the freedom of parents to raise their children in their own way’. The article described the UN Convention on the Rights of the Child as ‘the latest Trojan horse to breach the constitutional defences of world democracies.’

The Right to Choose

Many studies of pro and anti-choice organisations argue that the difference between the ideologies that drive the two groups comes down mainly to how they see motherhood and the family. For pro-choice activists, motherhood is something that should be freely chosen, “every child a wanted child, every mother a willing mother.” Many anti-choice activists, on the other hand, often see motherhood as divinely ordained and “natural”—although only “natural” if the woman is married to a man when she becomes a mother presumably.

Socialists have long argued that anti-abortionists are not pro-life, rather they are pro-birth. Their devotion to the family extends only until children are born, after that the family is on its own. Ask many of them about the 4,000 children in the Republic who are homeless and they speak in generalities about the state needing to ‘do more’,  but activists in campaigns to demand the state does more will tell you their help is absent. Ask many of them what they have done to oppose cuts to lone parents’ allowances and they are silent. Ask them what they are doing in the North to end the unjust two-child policy which means that the state will not provide any support for a third or subsequent child, whether through working tax credits or benefits. They’ve been asked this so often in the North that they finally issued a statement opposing it but, again, they have yet to be seen at a demo in support of already born children.

The family structure is vital to capitalism; women and children suffer most because of this, although men do not have a great time of it either. A woman’s role in society is shaped by her role in the family. A woman is most likely to lose her job when she is pregnant or on maternity leave; the “motherhood penalty” is estimated to cost women as much as £200,000 in lost earnings over a lifetime. Women’s earnings tend to drop when they have children while men’s earnings increase. Without women’s unpaid work in the home, the state would have to take responsibility for caring for children, the sick and the elderly. These facts point to a very clear link between the family and women’s oppression. In addition, the family still plays a vital ideological and economic role in modern capitalism. It helps to socialise the next generation of workers, to instil a “work ethic” and deference towards the bosses (and the Church).

Holding Back the Future

After the 1983 anti-abortion referendum, the anti-abortion movement strutted around threatening to bring us back to the 1950s. The then President of the Society for the Protection of the Unborn Child (SPUC) Dr. Mary Lucey gave an under-publicised speech at the conference of Students for Life. “It would be wonderful indeed if I could report a victory in the fight against abortion”, she said, “but I cannot. The fight is just beginning; we have all the forces of evil against us.” The “battle” was against more than abortion, she warned. It was against “the spurious cause of feminism… this pernicious new thinking asserts that our bodies are our own and tries to justify to women this so-called right to control their own fertility… This is what we are fighting in Ireland now.”

Through the 1980s and early 90s, many anti-choice bigots did everything they could to silence the voices of women who had abortions, the voices of women who believe they have the right to have one and the voices of the vast majority of Irish people who opinion polls show believe that abortion should be available, at least under certain circumstances. But the clerical child-abuse scandals, cases like that of Miss X, Ms A, B and C, Ms Y and all the other letters led to women starting to speak out, to talk about their abortions. First the brave women of ‘Terminations For Medical Reasons’ spoke of their tragedies, then other women started to come forward to talk about abortions that were necessary for more personal reasons. The tide has turned and the genie cannot be put back in the bottle.

The anti-abortion groups tell us that their only concern is the well-being of the ‘unborn child’. They compare themselves to civil or human rights activists. These are yet more of their lies. Whatever their names, the actions of anti-choice groups will ultimately turn the clock back on women’s rights in Ireland and put us back in the Gilead of the 50s; where sex belonged only in the marriage bed, as something that’s the husband’s right and the wife’s duty; and women are back in the home without contraception, abortion or the right to a divorce.

No One To Save Us But Ourselves

The Caledon Lockout: 100 Years On

Where Is Sinn Féin Going?

The North is Now

Well said Goretti, it is vital that these so called pro-life groups are exposed. I experienced the tail end of the DeValera/ McQuaid Ireland, it is an Ireland we do not to go back to.

Excellent article Goretti I am going to share it.