Eamonn McCann: Why the Agreement Failed 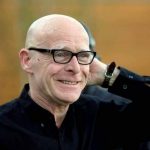 Twenty years after the Belfast Agreement, politics in the North remains stuck in the rut of communal division. In the first edition of a new regular column for Rebel, Eamonn McCann explores why the Agreement failed to deliver.

It is easy to forget now that the Belfast/Good Friday Agreement was promoted back in 1998 not just as an answer to the ongoing violence but as a sure-fire means of reducing sectarian patterns of political thinking. New space for politics based on class or social attitudes rather than on communal solidarity would open up. So ran the theory. On this basis, many who considered themselves on the Left backed the deal.

But things have not worked out like that. Since April 1998, there have been 158 “security related” deaths—29 in the Omagh bombing in August 1998 alone. The majority of the deaths were perpetrated by paramilitaries, mostly on their “own” communities. 74 deaths were down to Loyalists, 71 to Republicans.

68 Catholic civilians have been killed—38 of them by Republicans, 22 by loyalists. In other cases, the political identity of the killers remains unknown. 41 of the Loyalist dead were killed by paramilitaries—in every case by Loyalists themselves. The violence wasn’t so much turned off as turned inwards.

But, generally speaking, violence is drastically down since the Agreement. In the worst year of the Troubles, 1972, there were 480 deaths—more than in the last 20 years put together. In the working-class areas which have always borne the brunt of the violence, this has been the main factor behind support for the Agreement.

The Agreement was backed by the political associates of the Provisional IRA and of the UDA and UVF. The fact that the “extremes” had come on board boosted belief that peace would hold.

A vast chorus of media commentators sang the praises of the Agreement, intoning that this was the only game in town as far as peace and reconciliation was concerned. So anybody who said No or who argued for an alternative must be an opponent of peace hankering after continued violence.

The theory behind the Agreement was that communities would come together as their leaders learned to trust one another through working in harmony on practical, day-to-day matters. Mark Durkan, then leader of the SDLP, suggested in a typically pithy phrase that sectarian attitudes and structures would prove “politically biodegradable.”

The reason this hasn’t happened—that voting patterns remain closely aligned to communal background—is to be found in the text of the Agreement itself.

Under ”Safeguards,” the Agreement lays down that, “At their first meeting, members of the Assembly will register a designation of identity—nationalist, unionist or others.” That’s as good as it gets for others. Mentioned along with nationalists and unionists, and then ignored.

This explains how a DUP MLA was able to tell Anna Lo of the Alliance Party after she’d made a speech on equal marriage: “You can say what you like. In a few minutes when we come to a vote, you won’t count.”

The remark underlined the privileged position of the Orange and Green parties, the marginal role of Others. This in itself will not have inflamed sectarian passions. But it endorsed the Orange-Green divide as the “natural” paradigm for Northern politics and called for a “fair” divvy-up of resources and influence.

Thus the impasse over housing in north Belfast. Allocation on the basis of need would mean most tenancies going to Catholics. But taking a lead from the text of the Agreement would mean a 50/50 division. Which is to prevail?

This is a recipe for sectarian resentment.

The necessity for “balance” also means resources put into one community have to be matched by resources for the other community. Thus the Dee Stitt affair.

Stitt, a leading member of the notorious North Down UDA, a gangster group of sectarian bigots, became chief executive of Charter NI, based in East Belfast, masquerading as a “community group.” Charter NI has been entirely funded from the public purse. Stitt is on £35,000 a year, not a fortune in some contexts but, in the working class districts of East Belfast, a handsome wage indeed.

Stitt didn’t con the authorities to land this plum job. The Speaker of the Assembly until its collapse in January last year, Robin Newton of the DUP, was on the board of the organisation. Stitt’s outfit was also endorsed by Jonathan Powell, a close sidekick of Tony Blair in lying to lure the British people into the Iraq war. Powell is now a frequent visitor to the North, specialising in coaxing paramilitary organisations to give up the gun in exchange for jobs and influence.

Give a grant to a community organisation on the Falls, you have to match it on the Shankill. This is what the Agreement means by “equality.” Not equality for the LGBTI community, or for women in relation to their bodies, or for immigrants or people of colour but equality between the Catholic and Protestant communities. Representatives of each watch like hawks for any sign that their community is losing out. They more or less have to if they want to maintain their community credentials.

The result of it all is that sectarian attitudes are not fading away but becoming more deeply embedded in mainstream political culture. There will always be potential for abrasion at the interface to spark off a new conflagration.

Twenty years on, the flaws in the Agreement are ever more obvious. Sooner or later, for a stable peace and social justice, we will have to move towards politics based on the class we belong to rather than the community we come from.

Irish Politics: Can the Centre Hold?

Connolly: A Rebel for Today

The DUP and Sinn Fein have each now constructed a virtually impenetrable structure of clientelism and sectarian patronage. Why would either of them wish to dismantle this by eradicating sectarianism when it nourishes their position? Nor have they any inclination to challenge the existing socio-political order – revealingly they could both readily endorse the Fresh Start Agreement which is a thoroughly neo-liberal programme of job cuts for the public sector and tax cuts for the private sector. There is, of course, no level of corruption, incompetence or mismanagement that carries serious electoral consequences. Even if an individual has to be jettisoned for appearances sake the party machine simply spits out a replacement. This duopoly is now so entrenched as to effectively constitute a parliamentary oligarchy. Progress of a sort I suppose – from a one party sectarian state to a two party crony state.