Home Features Repeal: How can we win? 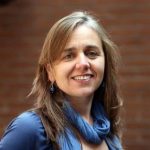 With one week to go until the referendum to Repeal the 8th amendment, People Before Profit Cllr Melisa Halpin takes up the question of what we can do in this crucial period to ensure the Yes vote wins.

With seven days to go and polls showing a tightening gap between those in favour of Repeal and those against, the strategy of the pro-choice movement becomes more important than ever.

It is quite clear that the scare tactics and lies of the anti-choicers are having an effect on those who are undecided. Increasingly the moral discussion about when life begins, and the frankly anti-woman notion that if abortion is available women will “use it as contraception”, are coming up when on the doors.

In order to win these arguments, we have to keep reiterating the fundamental argument that it has to be the woman who is pregnant who makes the final decision whether to have an abortion or not. It is only of advantage to the other side if we give any credibility at all to the spurious notion of “foetal rights”. As there is wide variation about “when life begins,” we must keep reasserting the importance of the woman who is pregnant making that decision for themselves in each individual case. Doctors vary widely in their opinion on this and their opinion is based on their religious and political views rather than medical science. Who else would we trust to make the decision instead? Bishops? Lawyers? We must also consistently point out that a foetus is not an independent being and cannot have rights separate to those of the woman. There is broad agreement that rights are conferred socially from birth but this is when right-wing anti-choicers give up on any support for the actual baby they talk so much about.

We also need to be consistent in defending every woman’s right to choose, at whatever stage of her pregnancy. The arbitrary 12-week deadline gives succour to the idea that there are “good” abortions and “bad” abortions. Again, the public health idea of “as early as possible, as late as necessary” is useful to explain our position.

It is important to be clear about these basic arguments because the umbrella group, Together 4 Yes, is making the mistake of being defensive about the 12 weeks question and Amnesty have recently started to make concessions on foetal rights in advice to canvassers. These mistakes play right into the hands of the anti-choicers.

There is a danger of the campaign existing in a media bubble where it uses focus groups to plan its “messaging” rather than relying on the grassroots of the campaign who are experiencing the very real “focus groups” of evening canvassing.

The canvassers are increasingly questioning why the campaign is not coming back more directly on the offensive lies that are plastered to our poles by Love Both, Save the Eighth and other unidentified groups. The “1 in 5” statistic, for example, exaggerates the proportion of abortions as it ignores the number of miscarriages (spontaneous abortions) in the figures. Countries like Ireland where induced abortions are delayed have more miscarriages as 80% of these happen in the first 12 weeks. Including the total number of abortions in each country would greatly equalise the number of pregnancies that end early in the UK and Ireland. The fact that we don’t count the number of induced abortions in Ireland at all, and that all the estimates of Irish abortions is pure guesswork is not mentioned by the No side.

The campaign would be seriously strengthened, even at this late stage, if it relied on women and girls who can tell of their first-hand experience of living in this state where they are treated as second class citizens. We need to broaden the campaign to include the women and men who have campaigned for decades for this draconian article to be removed from our constitution. We need to stop relying on doctors, lawyers and the establishment politicians to win this campaign. ‘Trust Authority, Trust the Law’ is not a slogan for success but much of what is being argued falls into these categories currently.

Socialists have been the backbone of the pro-choice movement since before 1983 but left-wing activists are largely being carved out of the debate with T4Y relying on Simon Harris, Leo Varadkar and even the barely pro-repeal, Micheal Martin.  At a time when trust in politicians and health authorities is at a very low level, this is a serious error. A change in tack would go a long way to reaching the undecideds.

While these criticisms are important, I believe we can win. The campaign on the ground is an unstoppable force. In constituency after constituency all across the country women, and to a lesser extent men, are flocking into the campaign and working hard to get the much hated 8th amendment out of the constitution.

The energy of these local groups is phenomenal and new leaders and organisers are emerging every single day.  Many of these women have been committed to Choice for many years and others are young and cannot really conceive of not being pro-choice.

This grassroots movement is re-energised also by other issues about women’s rights that are coming to the fore at the same time. The result of the rape trial in Belfast and the ongoing issue of the state’s cavalier attitude to women’s health in the Cervical Check scandal are energising the movement.

None of this should be a surprise to us. More women than ever are well educated and working and they are materially in a different place to the women of the previous generation. They live independently and believe wholeheartedly in full equality.

Keeping up the Fight

The movement that is being unleashed at the moment will not go back into its box quietly on May 26th, win or lose. This new generation of resistance will want to continue the fight for full choice for women, and they want to get rid of the bishop’s rule in this country. The logical follow on from winning this referendum will be to fight for access for all to free, safe and legal abortion North and South, in a proper national health service and also to get the church out of our schools and our hospitals.

It is this movement that the establishment politicians are afraid of and this is why Fine Gael have worked so hard to appeal to this new layer of campaigners by posing as being in favour of equal rights for women. It also explains why they have put so much energy into trying to take charge of the T4Y campaign. While they have been facilitated by the leadership of T4Y in this attempt, it will ultimately not succeed in taking the energy or determination out of this new grassroots movement. A win on May 25 will herald a new dawn for the fight for women’s equality in Ireland.

Melisa is a Dublin City Councillor for People Before Profit.