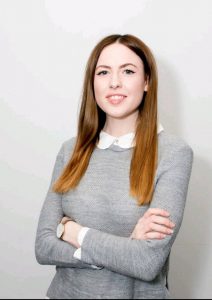 Nelson McCausland has gotten himself in a bit of fluster. The former DUP politician—best known for his role in the infamous ‘Red Sky scandal’ as a Stormont minister—has taken to the pages of the Belfast Telegraph to decry the radical Left, including People Before Profit, for its pro-choice politics.

McCausland’s article, it seems, was motivated by his possession of a bombshell revelation—the “dirty little secret” of pro-choice campaigners as the headline puts it. According to him, this dirty little secret was revealed by a nameless “young woman” from People Before Profit at an elections husting in which they both participated. Exciting stuff, I hear you say.

As it happens, Nelson has misquoted me. His words should have read, ‘Eventually when the chairman pressed her on this, she was honest about the fact that she would not prevent a woman from getting an abortion at any stage because she is neither a medical profession, nor the woman in question.’ As is our policy. We don’t believe that simply extending the 1967 Act is enough, as it allows for the prosecution of pregnant people under law. We call for full decriminalisation of abortion across the UK, so that it may be safely regulated as free healthcare.

So what has brought today’s little outburst on? To me it’s obvious; the Repeal vote has shaken the conservative establishment in the North, and they are doubling down on attacks on the most consistent proponents of choice.

Only a few days ago McCausland’s party leader, Arlene Foster, put out a statement urging people not to take to the streets to celebrate the Repeal result. Unfortunately for Foster, her statement had the opposite effect; Monday’s ‘Time for Choice’ rally was jam packed with hundreds of determined and jubilant protestors.

The rally was the biggest pro-choice event in Belfast since last October’s historic Rally for Choice. And these numbers are likely to be surpassed in the future, with further events being organised on June 10th in Belfast. The pro-choice momentum is growing, and McCausland and his ilk are clearly perturbed.

Of course, it is not just the leading lights of Big House Unionism who are aghast at this situation. Conservative catholic forces are equally determined to beat back the pro-choice tide. Days after the referendum, Fr McCafferty who’s parish is situated in Ballymurphy, has called for all Catholics who are pro-choice, have had abortions or assisted others in procuring abortion to be excommunicated. A priest in Down, Fr Quigley, has said that he won’t marry a couple who supported the Repeal referendum, something which the Armagh Diocese refused to refute, saying they wouldn’t comment on the case. As with all social issues, discrepancies are to be found in the approach of individual priests but there can be no doubt that referendum result has rattled a few cages.

And perhaps this is the dirty little secret of Nelson McCausland. Long seen as an ardent opponent of Irish nationalism, he is now a fellow traveller of groups like the Knights of Columbanus and Opus Dei. But maybe that was the point all along; Orange conservatism and Green conservatism are not polar opposites, as they would have us believe. Instead, they are two sides of the same coin.

If we are to have any hope of overcoming the conservative, regressive abortion law here in the North, we need to take example from the South; a mass movement on the streets can force the hand of even the most unexpected politicians. Monday night’s protest felt like the beginning of such a movement; invigorated, loud, determined, ready.

And unity in the movement will be of paramount importance. When the likes of McCausland are attacking the prochoice movement, it’s important we all stick together. The North is next!

Neglect: Behind the Care Home Scandals

Fiona, thank you. I read Nelson’s article (I like to know what lengths he’ll go to to justify his demented viewpoint) and was speechless with indignation. He really has surpassed himself. Your measured and reasoned response is just what’s needed. All I could muster was a sweary rant. I’ve had a few run-ins with the man. His bitter misogyny knows no bounds. Your dignified reply to his diatribe should really be published in the Belfast Telegraph, but I don’t think it will be.
Yours, in solidarity,
Bee

Reply
Episode 7: Abortion Decriminalisation: The Next Steps for Northern Ireland | The Last Round June 11, 2018 - 9:47 am